We had an 8 am departure for this tour to the Monarch Butterfly Sanctuary.  The transport of the day was bus, horseback and walking into the sanctuary. The drive there was approximately 2 hours, 15 minute horseback and about 20-30 minute hike depending on your lung capacity at over 10,000 feet!  The temperature was quite cool and unfortunately the best butterfly flight activity is during warm temperatures.  We did manage to see a few flying but not the spectacular sight it would have been had it been warmer.  The hike back was a bit of an incline, with several stops to get the oxygen levels up we made it back with no problems.

We had a great tour of the city of Morelia, including stops at the Government Palace, Cathedral of Morelia, and the Tourism Exposition.  We were to meet in front of the Cathedral to go for lunch (I know more dining!!), and some of the streets had been closed for a teachers protest. 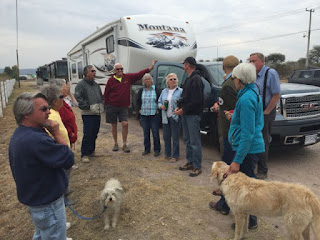 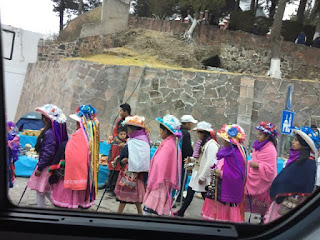 Another one of many parades 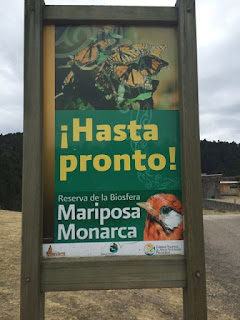 One of several Monarch Butterfly Sanctuaries 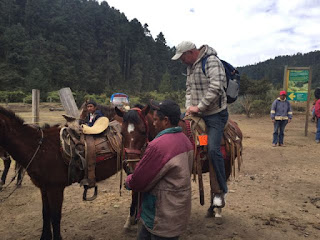 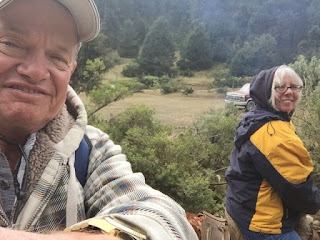 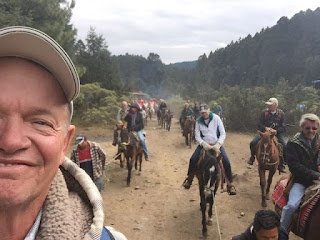 Trail ride partway to the "Monarchs" 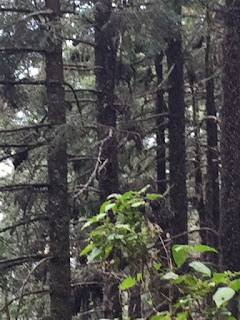 There are thousands of butterflies attached to the tree trunks (honest)! 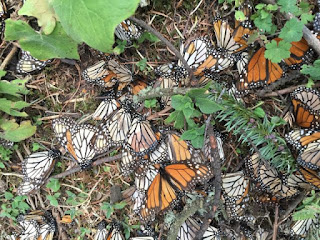 Most of the butterflies are "resting" because of the cool air 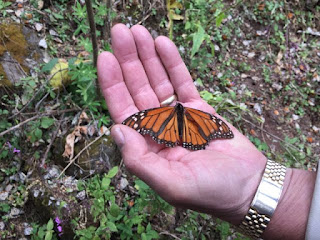 One butterfly was fairly active. 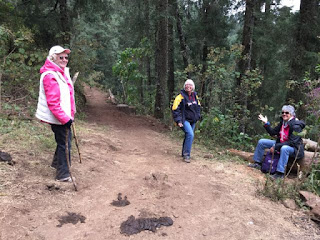 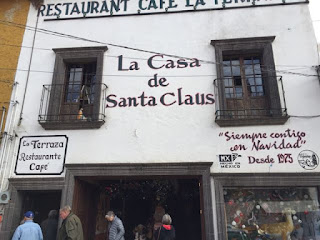 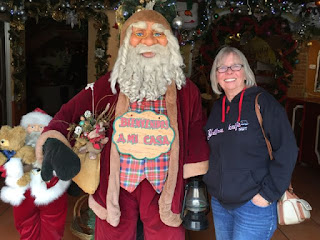 Mexican Santa Claus looks a little different than ours 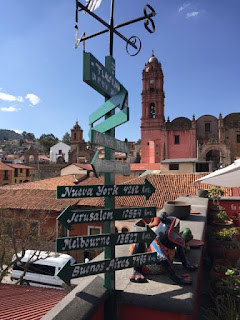 Distance signpost to many cities 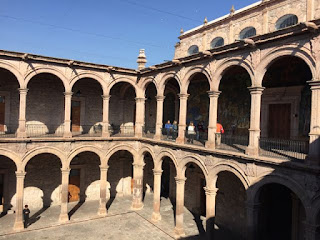 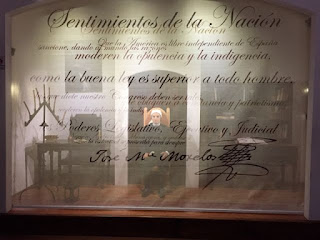 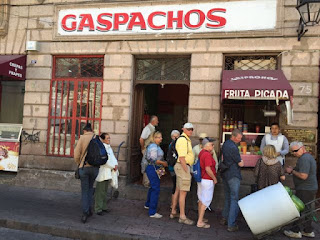 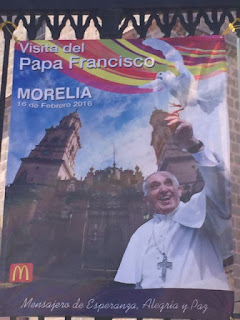 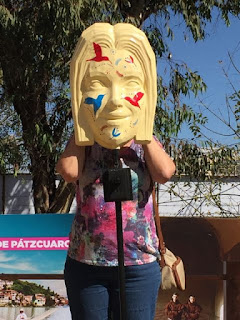 Anne with a new "look"