We arrived in Guanajuato mid afternoon and were greeted by Kevin and Ruth Read.  They will be our Wagon Masters for the next 4 weeks.  Our Wagon Master, Paul has to leave us to get his wife Terry to Puerto Vallarta for a flight back to Canada for medical treatments.  We will see them again March 3.  Paul has given us orders to be on good behavior for our new leaders! J

The Rio Guanajuato used to flow beneath the city of Guanajuato, and frequently caused the streets to flood during the rainy season.  A dam was constructed in the mid 20th century to redirect the river into underground caverns.  This left behind a network of underground tunnels that were converted into roadways to accommodate the city’s traffic.

Following a stop at the viewpoint overlooking the city we toured the opera house and a break for lunch.  Before returning to the RV park we had free time to go to the Mercado, the main market in the downtown area.

In the evening we returned to the downtown area to follow the serenading of the Estudentes music.  We followed them through the narrow streets and alleyways to our destination Callejon del Beso  (Alley of the Kiss), an alley so narrow that couples can kiss from opposite balconies.

On Sunday we had a "memorable" 50th Superbowl get together with potluck style dinner with good food!

San Miguel day trip
Started with a country bus tour to quaint village of San Miguel. After a visit to two pottery production facilities (one was individual art and the other was mass production) we enjoyed lunch (it's true - that's all we do)!? We were able to view a parade in the town square and enjoy ice cream. 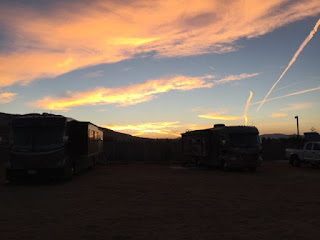 Sunrise over the park 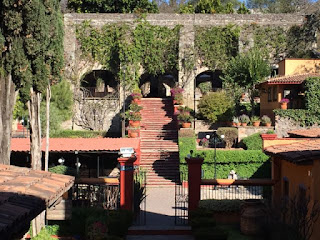 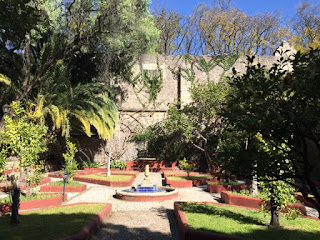 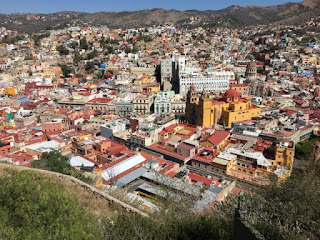 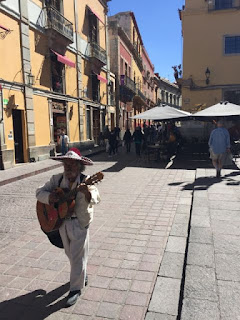 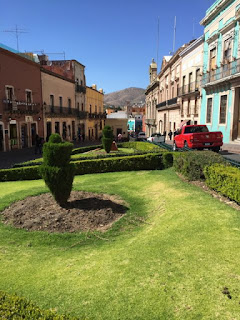 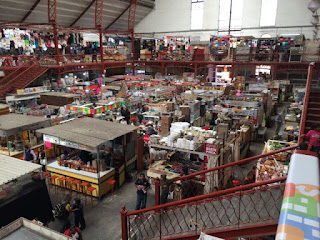 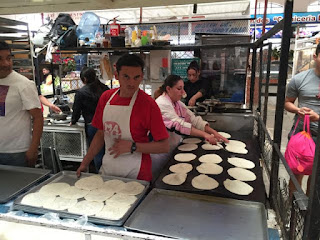 Tortillas by the volume 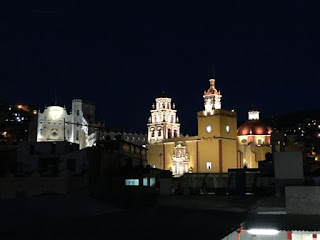 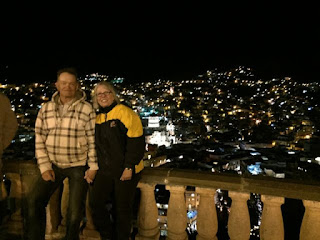 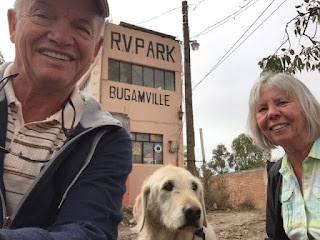 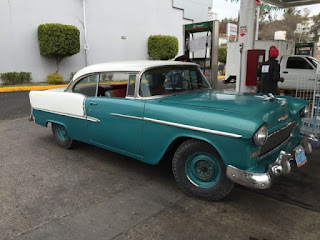 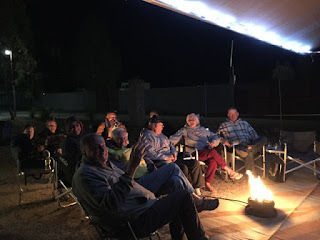 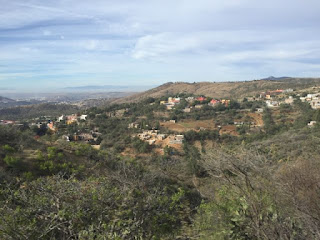 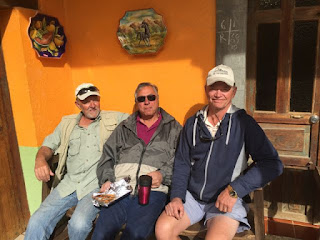 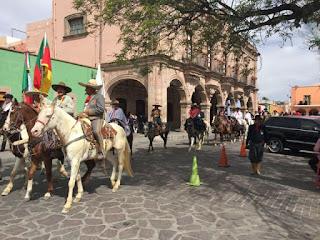 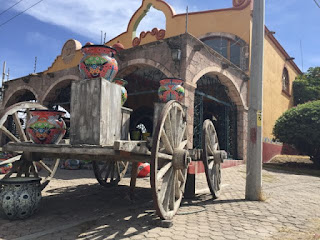 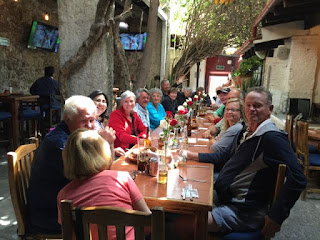 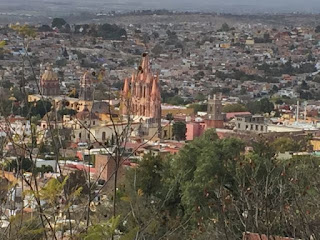