Kevin (wagon master) Larry, Paul, John and Janice took a sightseeing side trip to a church that was half buried by a volcanic eruption in 1943. The village population of 3000 was evacuated and no one was hurt because of slow moving lava flow. Later in the day we visited a natural hot springs park and waterfalls in the city of Uruapan. More spectacular scenery and lots of steps! 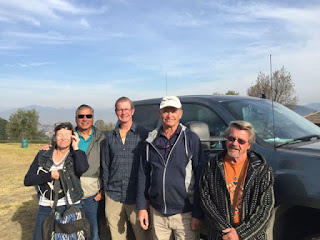 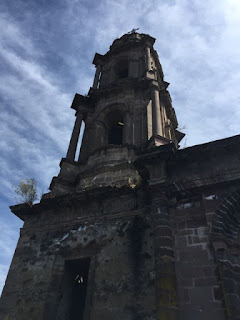 One church tower (only one completed) before the volcano 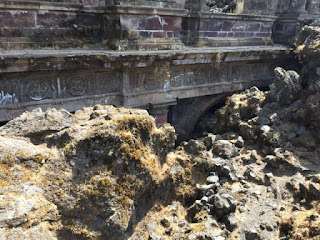 Lava flowed through the church 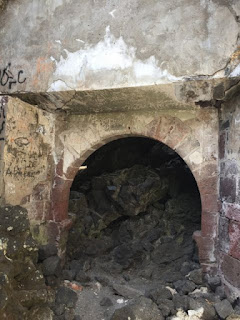 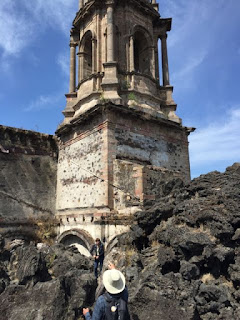 Our guide lived in the evacuated village 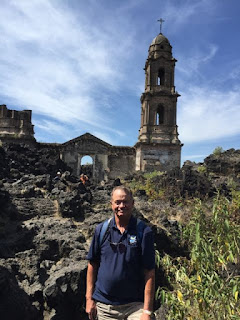 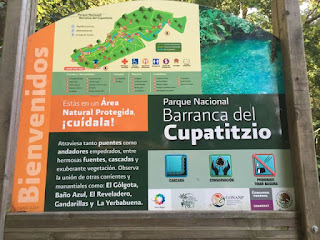 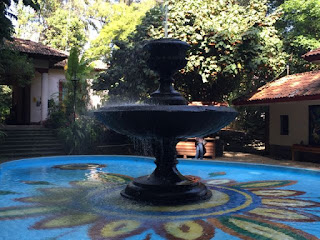 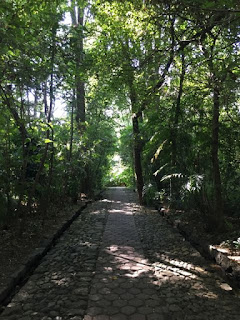 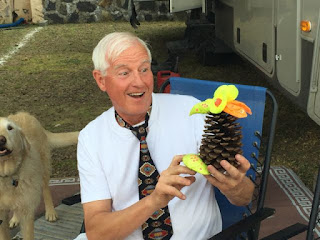 Bob advising his new friend that today is his birthday 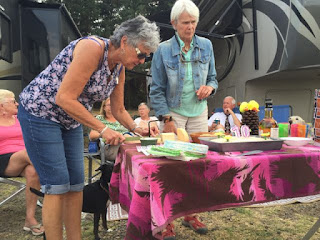 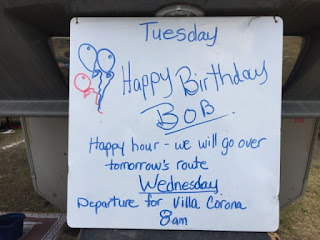